If you wish to contact the club to raise an enquiry, provide feedback or discuss a complaint please complete our Read more 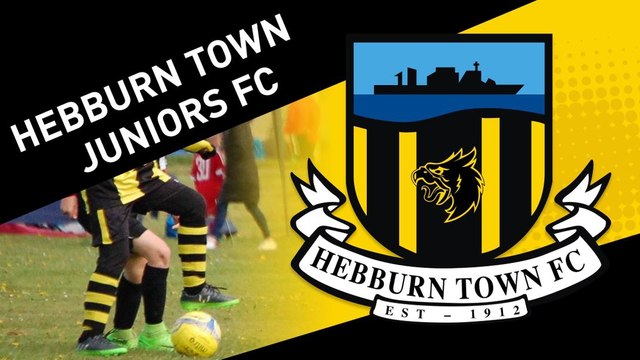 If you wish to contact the club to raise an enquiry, provide feedback or discuss a complaint please complete our contact form.

In 2003 the town of Hebburn had a thriving senior team representing in the Northern League and numerous junior sides under a variant of small club names.
There was a group of kids aged 6 who didn’t have a club or a team and together with their parents and the enthusiasm of a certain individual called Shirley Bowman Hebburn Town Juniors FC was created. The aim at the point of creation was to provide a safe place for local kids from the town to train and play football.

Steadily over the years the club began to grow. It became apparent at that time that the juniors clubs temporary base at Hebburn Sports Ground wasn’t ideal, due to the size and expansion of the juniors to the limited facilities on offer at the sports ground.

A decision was made by the junior club committee to keep the Hebburn Town name and club colours but for the best interests of the junior side move to a more adaptable location in the town.

This agreed the junior club moved to the site of Clegwell CA (some ½ mile away from the sports ground). The club utilised the numerous grassed areas at the CA to play home games and importantly provide wider opportunities for the younger boys and girls in the community.

2005 saw the formal creation of Hebburn Town Juniors Tots, a dedicated session that introduced the fundamentals of the game to children aged between the ages of 4-6 years old. The tots section has become the mantel of the club and to this day provides the largest recruitment channel for teams and players to the club. The clubs ethos at this time was around T.E.A.M (Together Everyone Achieves More) and concentrated on children having fun whilst playing the nations favourite sport.

Shirley as the chairperson worked tirelessly and strived for Hebburn Town Juniors FC to be a recognised grassroots club in the area. Sadly in 2010 the club were dealt a huge blow when after a long illness Shirley passed away. The club rallied together and continued to tick over, but with only a small amount of people running the club and administering the paper work things started to look a little bleak for the club and its future was in jeopardy.

One Club, One Identity

After a special general meeting in April 2011 Stephen Rutherford, a parent coach at the club, put himself forward to become the new chairman to help steer the club in a positive direction. Stephen started by implementing a management structure and created an executive committee and ensured team coaches took on more responsibilities. In addition Stephen wanted the club to have a identity, so in late 2011 it was agreed that all teams in the club would wear the same strips, training kits and tracksuits. This not only felt great for the players and coaches but looked great, also giving that sense of professionalism to people on the outside looking in. The club had structure and then a sense of purpose and direction. However it still had circa 15 teams across the age groups training on grass at Clegwell CA in the Summer and then dotted all over the borough in the winter at various indoor venue’s. This didn’t really provide a “Club” mentality and teams were acting as “Individuals”. To help combat this the club agreed to enter into a partnership with Hebburn Comprehensive School in the creation and installation of a all new full sized 3rd generation surface (3G), with floodlights at the existing site of Clegwell CA.

The installation of such a facility was the biggest turning point in the clubs development and future, with installation completed in Summer of 2011 the clubs progression commenced. The 3G pitch on site allowed the club to locate all of its teams at the site for training and 11-a-side teams matches. This brought with it a sense of “Home” and “Community” and a real sense of togetherness amongst all members of the club.